1. Father of agronomy is – peter decresenzi.

3. The Directorate of cropping System research is located at – Modipuram , meerut, U.P.

4. Scientific study of mixed cropping was firstly done by – La-Flitze (1928)

6. Natural Resource management is an example of sustainable agriculture

7. Cropping System is a component of – framing System

8. When the sub crop are sown to supplement of yield of the main crop , the sub crops are known as — augmenting crops.

9. The main crop is grown in the centre , surrounded by hardly or thorny crops, the sub crop is known as – guard crops.

10. The yield of both crops , grown together are found to be higher than the yield of their pure crops on unit area , such cropping is known as — synergetic cropping.

11. What is a cash crops — those crops , which may be sold directly from the field without processing like vegetables , potato, etc.

13. The growing of two or more crops on the same field in a year is called — multiple cropping

14. The practice of raising grasses or pasture , is also known as — ley farming

15. In India , the maximum acreage and production of wheat is in UP

16. The type of fruit of wheat is Caryopsis

17. The optimum temperature for ideal germination of wheat is 20 to 25 °C

23. The protein found in wheat floor which is helpful for chapati making – Gluten

26. The toxic alkaloid found in the leaves of sorghum crops is – Dhurin or HCN

28. Which crop is known as camel crops – Sorghum

30. The maximum area & Production of jowar is in Maharashtra 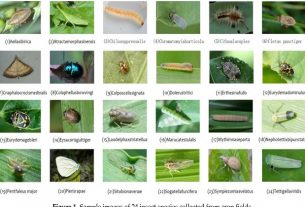 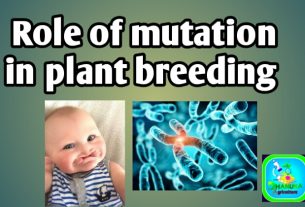 Role of Mutation breeding in plant