Seeds are formed but the embryos develop without fertilization. The plants resulting from them are identical in genotype to the parent plant. In apomixis, sexual reproduction in either suppressed or absent.

Some vegetative cells of the ovule develop into unreduced embryosacs after meiosis. The embryo may develop from egg cell or some other cell of this embryo sac. It occurs in some species of Hieraceum, Malus, crepis, Ranum culus etc.,

Embryo sac is produced from the megaspore, which may be haploid or more generally diploid. Generally the meiosis is no modified that the megaspore remains diploid. Diplospory leads to parthenogenesis or apogamy.

Synnergids or antipodal cells develop into an embryo. Like parthenogenesis, apogamy may be haploid or diploid depending upon the haploid or diploid state of the embryosac. Diploid apogamy occurs in Anternna, Alchemilla, Allium and many other plant species.

Classification based on stability

Based on the stability of apomixis in subsequent generations, they are classified as,

Refers to the development of embryo from one of the male gametes, inside or outside the embryo sac and it is haploid in nature. 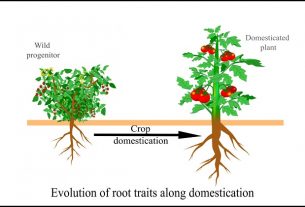