The internal cuticle of gizzard is variously modified as follows.

i.Teeth like in cockroach to grind and strain food.

ii. Plate like in honey bee to separate pollen grains from nectar

iii.Spine like in flea to break the blood corpuscles.

Function: Begin the breakdown of food  Particles & transport to the next region.

After gizzard the foregut forms into a stomodeal valve which is surrounded by gastric (or) hepatic caecae, which may vary from 5-6 in number .

Midgut is made up of three types of epithelial cells.

Function : Major area of digestion & Absorption and Undigested food particles then pass into the third region

Functions :  Reabsorption of water, salt and other useful substances from the faeces and urine.

What is Parasite, parasitism, parasitoids and types of Parasitism in insects? 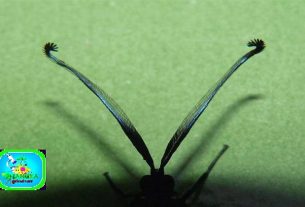 Insect Antennae and theirs Modifications