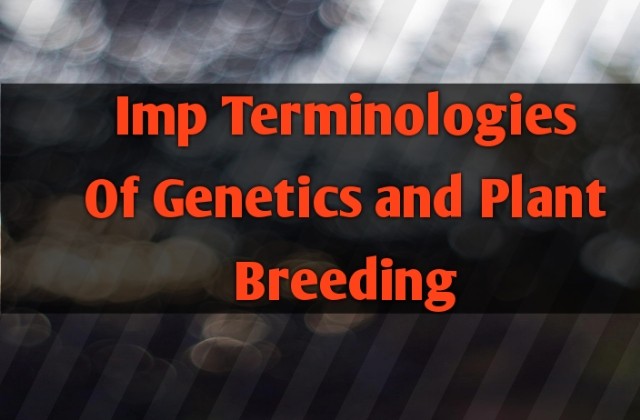 1. Genetics: The branch of biology concerned with the study of heredity and variation

2. Eugenics: The application of principles of genetics for the improvement of humankind.

3. Gene pool: The sum total of all the alleles present in the breeding or reproductive members of a random mating population.

4. Gene frequency: The proportion of one allele relative to all the alleles of a gene in a Mendelian population.

5. Cytogenetics: Concerns with the study of various aspects of chromosomes and their effects on the development of characters of organisms

6. Genome: A complete set of chromosomes of a diploid species

7. The first artificial hybrids in plants were produced by Thomas Fairchild in 1717 when he crossed sweet William with carnation.

8. Euphenics: Deals with the control of hereditary diseases especially inborn errors of metabolism.

9. Epistasis: When one gene affects in any way the expression of another gene, the phenomenon is called epistasis.

10. Genomics: It refers to the study of the structure and function of entire genome of an organism.

11. Biodiversity: Refers to the total variability present within and among species of all living organisms and their habits

12. Acclimatization: Refers to adaptation or adjustment of an introduced variety to the new environment.

14. B -line: It is the fertile counter parent of the ‘A’ line, it is also called the maintainer line.

15. R -line: It is an inbred line which when crossed with a male sterile strain, the resultant hybrid is male fertile.

16. In vitro: biochemical process taking place in a test tubes (in lab.)

17. In vivo: biological process taking place in a living cell or organism.

19.Gene cloning: Isolating a gene and process of producing identical copies is known as gene cloning.

21. Heterosis: Heterosis: The superiority of F1 in one or more character over its parents known as Heterosis/hybrid vigour.

23. Allogamy/cross pollination: Pollen grains from flowers of one plant transferred to receptive stigmas of flower of another plants.

24.Self pollination/autogamy: Pollen grains from an anther fall on receptive stigma of the same flower.

25. Chasmogamy: Flower opens, but only after the pollination has taken place e.g.Moong

26. Cleistogamy: Flower does not open at all, ensuring complete self pollination e.g. Wheat, cereals.

27. Geitonogamy: Pollen grains from flowers of one plant fall on the receptive stigmas of other flower of the same plant e.g. Maize

28. Monoecious: Male and female reproductive structures are found on the same plant but in separate flowers e.g. Maize

30. Pseudo-heterosis: Superiority of F1over its parents in vegetative growth, but not in yield and adaptation also called Luxuriance.

32. Inbreeding depression: Loss or decrease in vigour and fitness as
result of inbreeding.

33. Three way cross hybrid: The hybrid progeny between a single cross and an inbred viz. (A x B) x C. 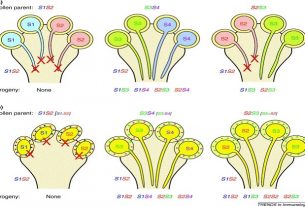 CLASSIFICATION OF SELF INCOMPATIBILITY 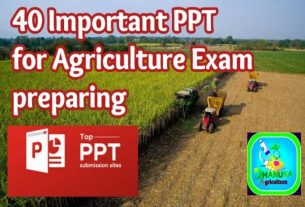