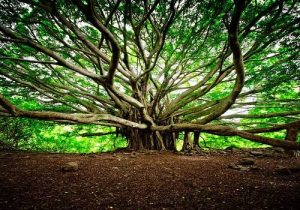 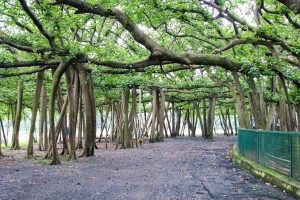 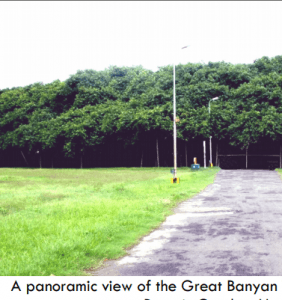 Native to India, Bangladesh and Pakistan; occurring naturally in tropical forests
throughout the subcontinent.

The aerial prop root is styptic.
It is useful in treating syphilis, biliousness, dysentery and inflammation of liver. Bark is astringent and is also
used in dysentery and diabetes. Its latex is aphrodisiac, tonic, vulnerary, maturant, lessens inflammations,
useful in piles, nose-diseases and gonorrhoea. Latex is externally applied for pains and bruises and as an
anodyne in rheumatism and lumbago. It is also a remedy for toothache. Infusion of young buds is useful in
diarrhoea and dysentery. Leaves are heated and applied as poultice to abscesses. Seeds are considered
cooling and tonic.

It is one of the most venerated trees in India.  Propagation is through seed,
transplanting and stem-cutting. A banyan tree at Thimmamma Marrimanu in Anantapu

district of Andhra Pradesh is the largest tree in the world, covering an area of 2.5 ha, and is 650 years
old. Their branch spread over 8 acres and has 1650 prop roots. It was recorded as the biggest tree in the
Guinness Book of World Records in 1989. The Great Banyan in the AJC Bose Indian Botanic Garden,
Howrah, is the widest, as well as one of the largest trees in the world. It is more than 250 years old. It has
about 2900 prop roots, and covers an area of 1.5 ha. Circumference of its canopy is about 450 m and
has been recorded in the Guinness Book of World Records 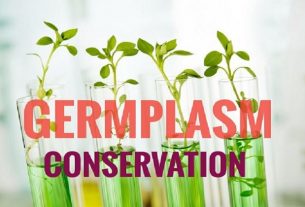